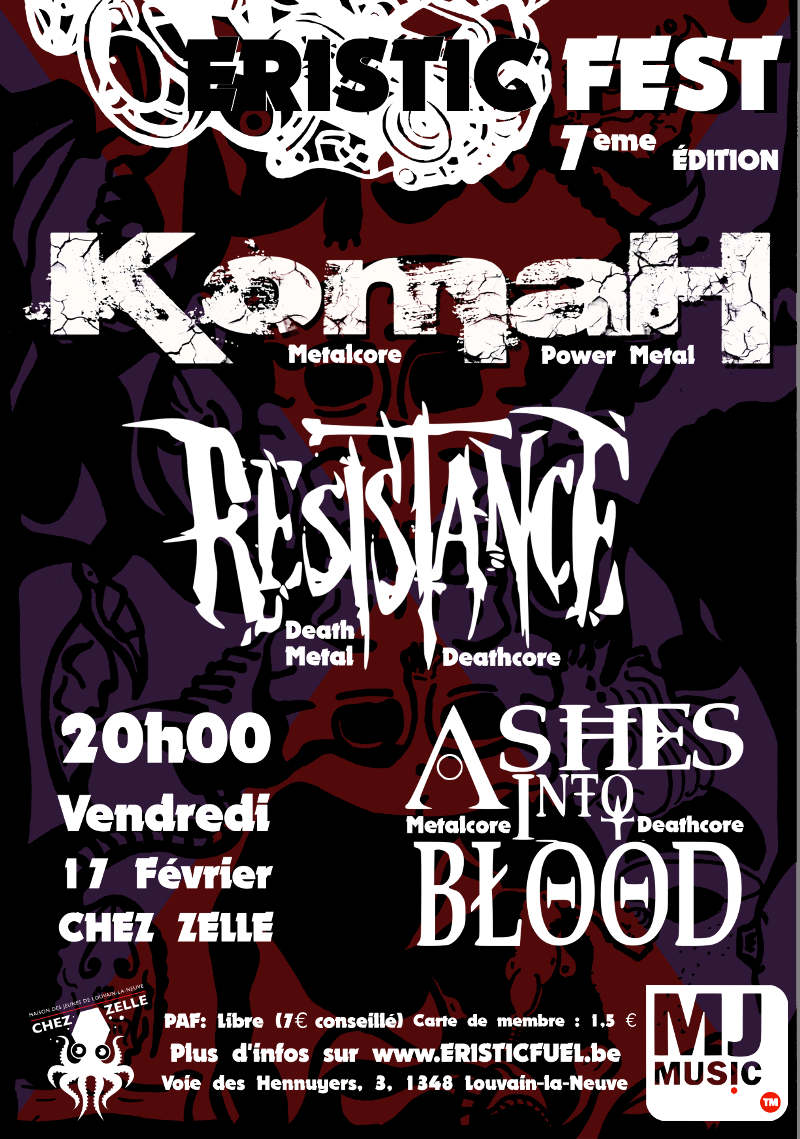 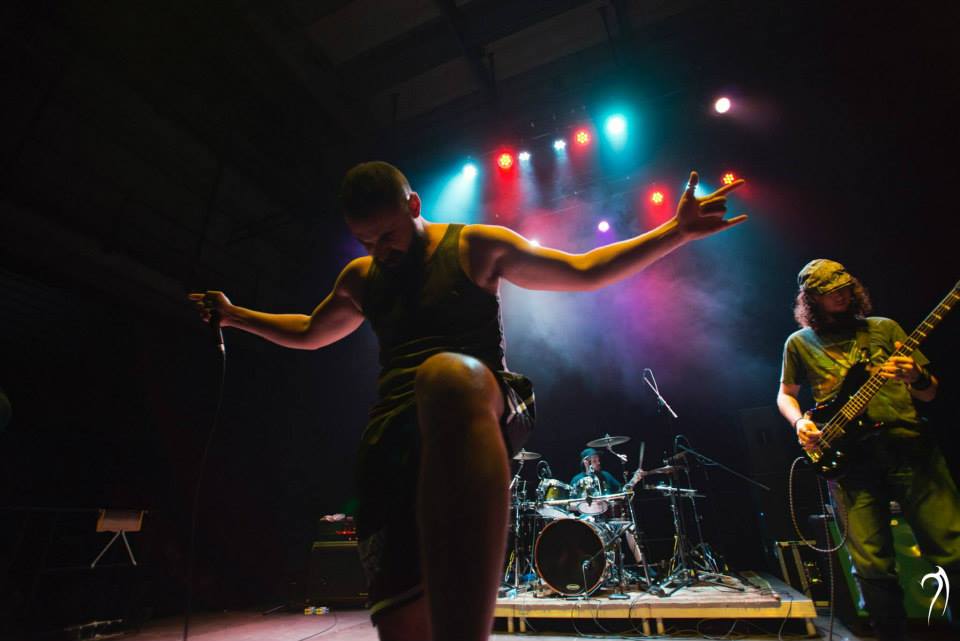 Founded in late 2012, Ashes Into Blood is a metalcore, death and beatdown band from Belgium ! 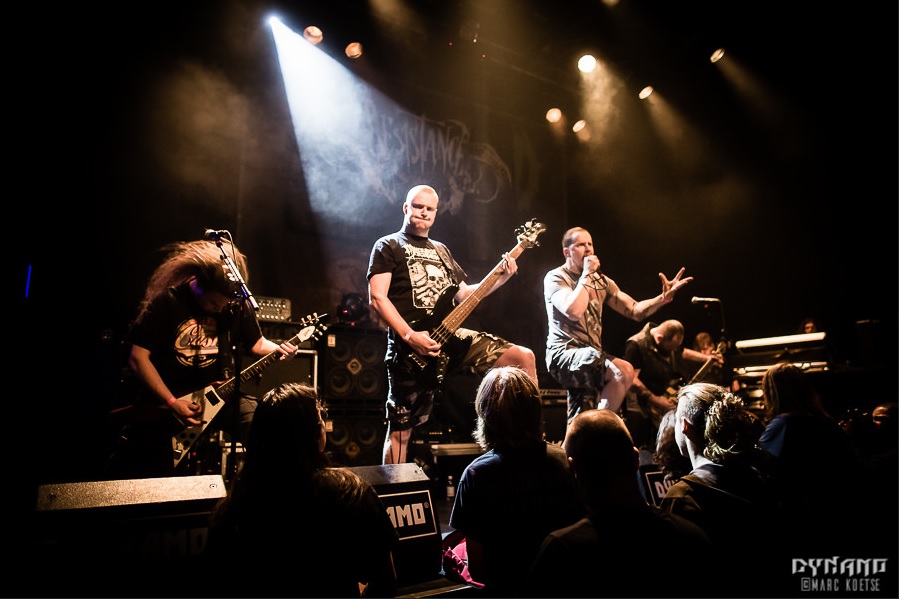 Resistance, a Belgian extreme metal band founded by Ben (Bass) initially started out as a metal influenced straight forward hardcore band but after several line-up changes and new members bringing new influences to the table, the band turned more and more into the full on death metal beast it is today, with traces left of their hardcore background.

Resistance released their debut album "Trauma" in 2006 through Apache Productions. With this crushing album, the band started to build its sound and reputation playing more and more shows in Belgium and abroad.

2008 was a significant year in the history of Resistance as the band came with a second album, "Two Sides of a Modern World", released via Alveran Records in April 2008. This new effort is a mixture of sub-genres of extreme metal like death and black, but still including grovvy hardcore elements. Resistance hit the road with Brazilian metal legends Sepultura and death core band All Shall Perish and manages to kick ass on stages all across Europe decimating audiences as they go.

With their third album “Lords of Torment”, Resistance signs a new record deal and join the GSR Music family. This album allowed the band to widen its horizons towards new markets by touring Europe with bands such as Kataklysm, Belphegor, Pro-Pain, ...

In May 2011, Resistance record their 4th album entitled "To Judge and Enslave" released in 2012. In order to promote this new effort, the band decides to join forces with Misery Index to tour Western Europe and Vader for the Eastern part.

Late 2013, Resistance enters Noise Factory Studio, BE with engineer Gerlad Jans to record their 5th album, “The Seeds Within”, mixed and mastered in Oakland by Zack Ohren.

“THE SEEDS WITHIN, celebrates the human race and its defects. How we desperately seek forgiveness, how cowardly we are towards our reality. The lyrical content is heavy and depressive. It metaphorically pictures how helpless we are facing whatever comes at us.

The music is structured and shaped around this concept. Rhythm is the essence but melody plays its part bringing freshness when needed and making the listener’s journey flawless. More brutal, more aggressive and heavier than ever, Resistance matured and will crush!” 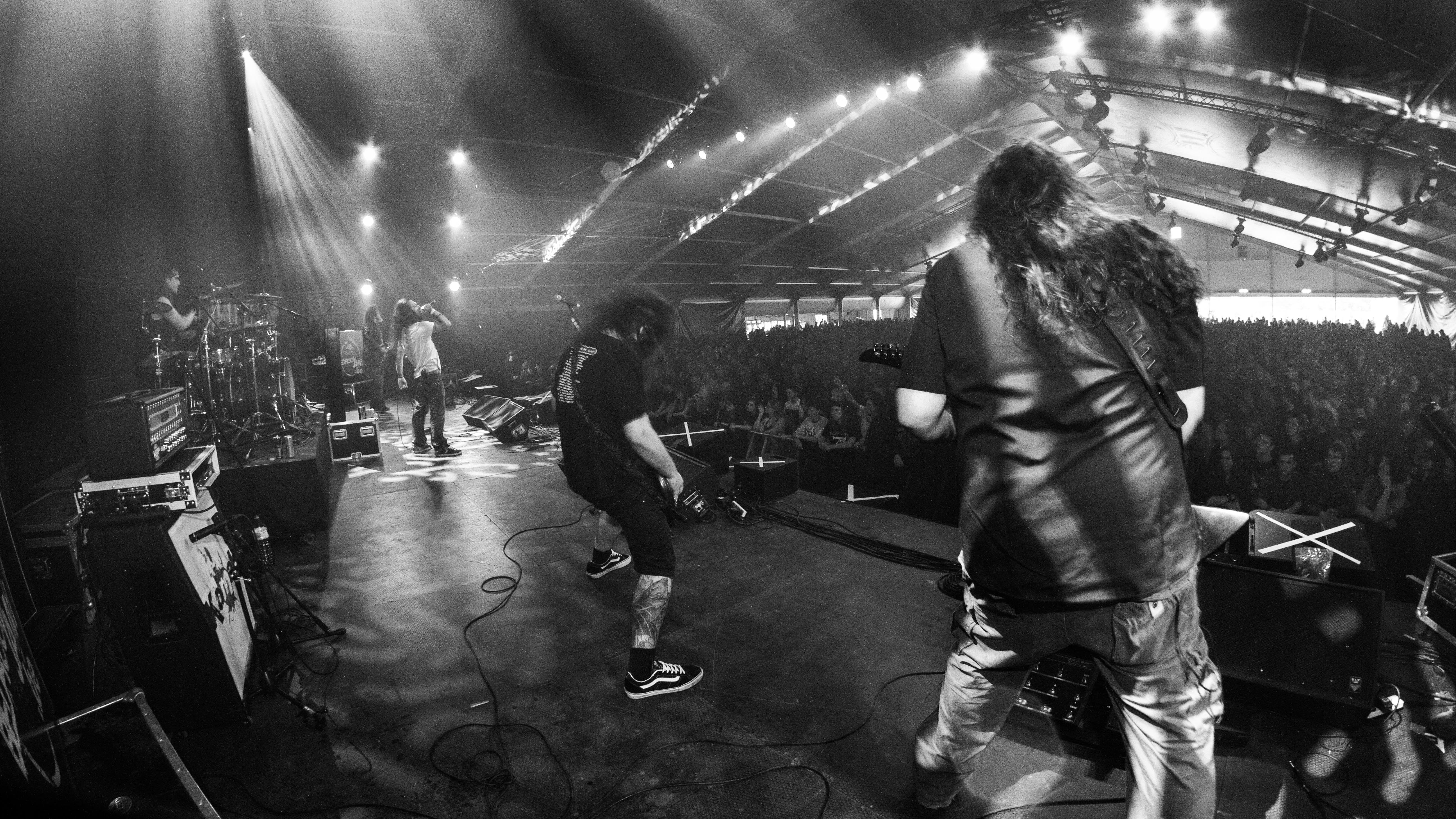 Belgians from Komah are distinguished by their modern metal, aggressive and powerful without denying their grooviest origins. Their debut album Straight Line, released in 2009, will provide access to the largest Belgian festival of 2012. The group plays dates upon dates and begins a European tour in the company of a colossus that no longer needs to submit: ProPain.

In 2012, Komah moves up a gear higher by releasing Between Vice and Virtue recorded and mixed by Charles Deschutter @ Rec n' Roll Studio. The groove is always at the rendez-vous, but the rage of compositions immediately conquered the most audiophile discerning audience. Add to that the support of Gary Meskil and Adam Phillips - respectively singer and guitarist of Pro-Pain - which appear on the album, and you get a more explosive cocktail of metal!